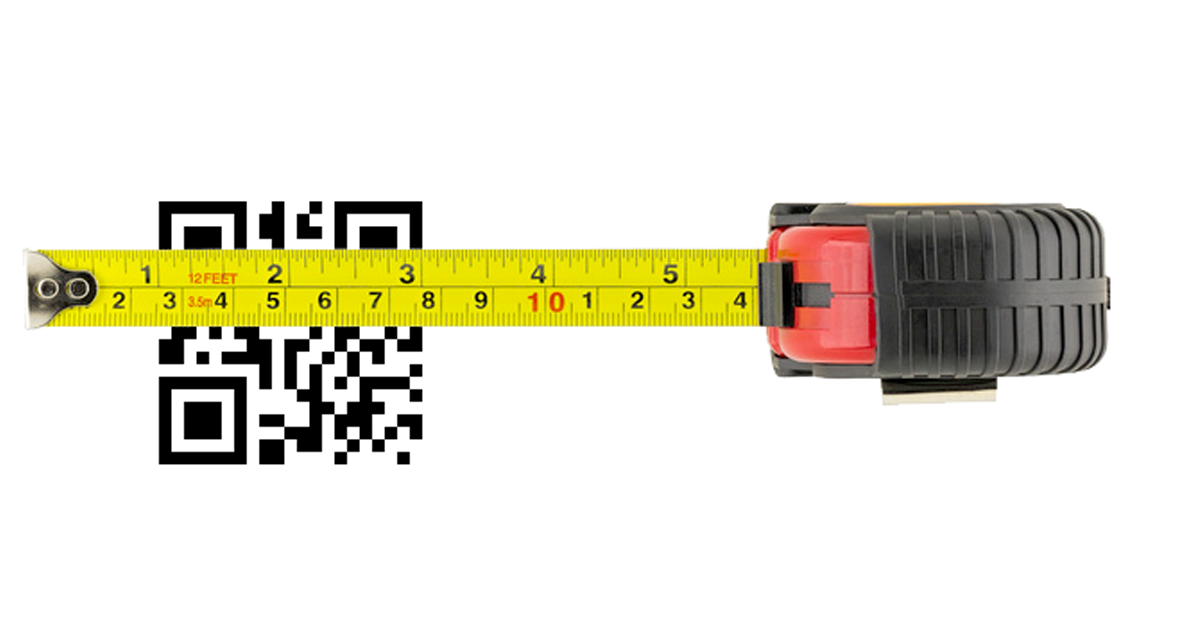 Consider the number of characters encoded in the QR Code

The more characters you are using in a QR Code the more complex the structure is and the harder the QR Code can be read. In most of the cases people use a QR Code to forward people to a website or landing page. The average length of an URL based on all QR Codes from our plattform is 60 characters, which is safe to print a QR Code in the size of 2 x 2 cm.

Smaller sizes of 1 x 1 cm are possible on modern smartphones with a camera that supports autofocus. However, you should print them in a size that works for most users under all different contexts.

How to print your QR Code as small as possible

It is important create QR Codes in Vector format. If you are plotting QR Codes from a .png or .jpg source, they may get blurred and cannot be read anymore.

When creating a QR Code you can set an Error Correction Level. The higher the level is set, the more of a QR Code may be destroyed while the QR Code will be still readable. However, a higher level also increases the size of a QR Code. We recommend setting the error level L for QR Codes without an embedded logo. This will give you the smallest possible size of a QR Code.

Mind the quiet zone around the QR Code

If you print a QR Code always leave a quiet zone (margin) around the QR Code. We recommend having 4 units of white space around your QR Code to ensure it can be read by any QR Code reader.

How much information do you want to store in the QR Code? The less the better. Use shortened URLs instead of a long URL. The shorter the URL the less units a QR Code will contain and there for can be plotted smaller.

A few years ago, we organized a contest/experiment to determine which devices had the best scanning capabilities. The participants had to download a sample of different sized QR Codes and print it out. The results that we obtained demonstrated that the following devices we able to scan QR Code as small as 4mm x 4mm!