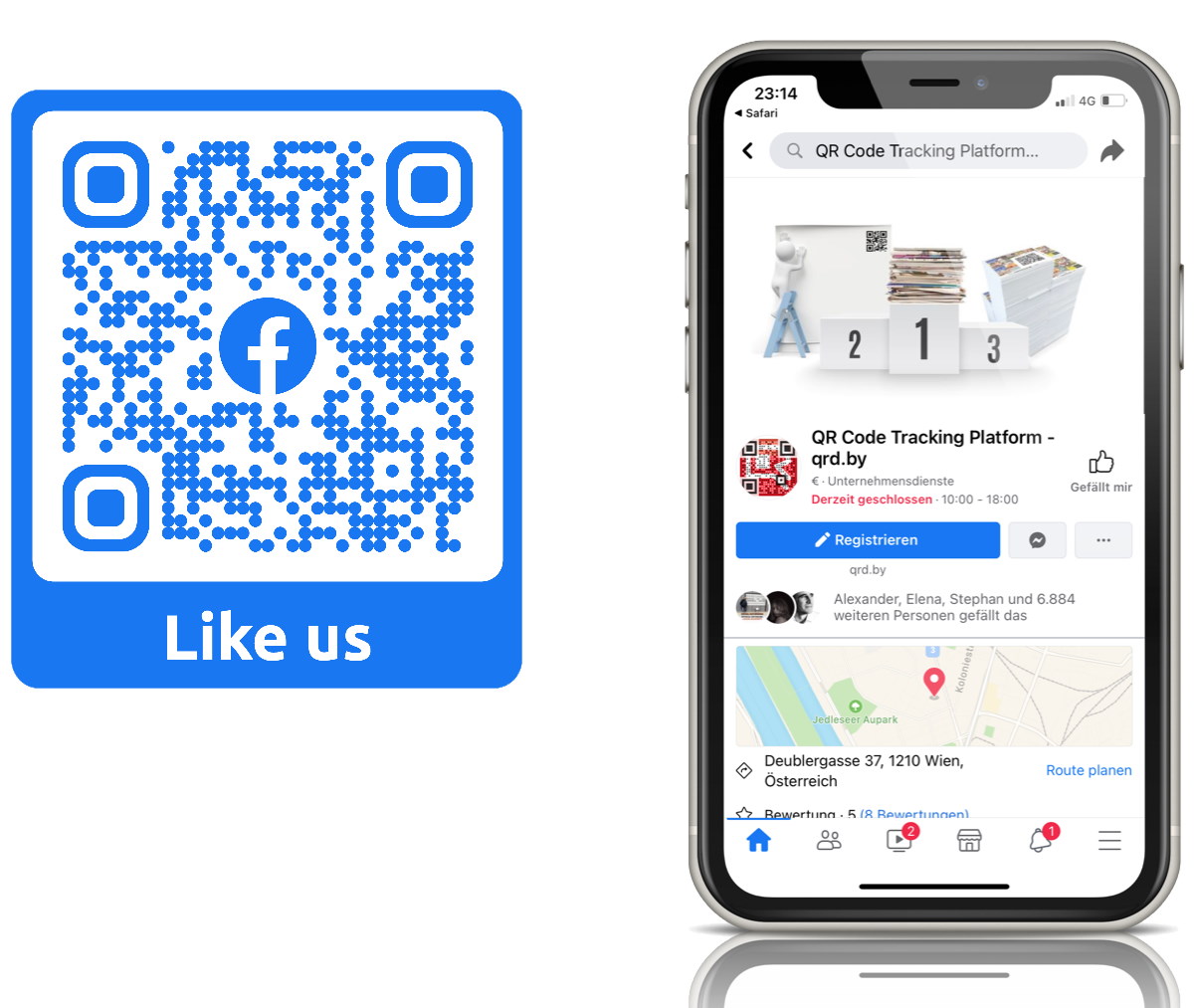 If you want to create a QR Code that links to your Facebook page you can copy the URL from the address bar of your browser and paste the URL in a QR Code Generator.

When scanning the QR Code this link will open the Facebook Page in your browser. But what if you have also installed the Facebook App on your Smartphone? Wouldn’t it be cool if the QR Code deep links your fans directly in the App instead of the browser?

Just go to your company’s page and click on Edit Page Info on the left menu at the bottom. Scroll down a bit on the right and you will see the QR Code.

Click on the QR Code and it will popup in a new tab. You can save the QR Code in .png format.

As you can see from the previous screenshot this is a simple black & white QR Code with the Facebook logo in it. This look is so from the nineties. Nowadays you have tons of possibilities to make a QR Code stand out with own colours frames and design elements. To create a designer QR Code you can use a modern Designer QR Code Generator with astonishing pre-made templates.

But the questions is how to get the URL of the Facebook QR Code into your Designer QR Code?

How to create a Facebook QR Code with a custom design

There is a cool online service from Zxing that allows you to read the URL of a QR Code image by uploading the image or passing an URL where the QR Code can be downloaded.

Copy and paste the URL from above in the Designer QR Code Generator and you have a modern colourful looking QR Code you can customize with endless possibilities.

4. Scan and Test the QR Code

Not only that you have a cool looking designer QR Code but this code will also deep link you directly in the Facebook App if installed on the smartphone.

The QR Code from above is now deep linking and has a modern design. But what if you want to track all users that are scanning your QR Code?

This is when dynamic QR Codes come into the game. With a dynamic QR Code you can not only change the target URL anytime (even after printing) but also track where, when and from which device the QR Code has been scanned.

So now you can measure how many people scanned your QR Codes from flyers or posters and see which campaign performs best. To create and track your QR Code for free login into your account and see lots of other impressing tracking features like re-targeting or connecting your QR Code to Google Analytics.

Retargeting the audience that scans your QR Codes

In this post you will learn how retargeting works in combination with QR Codes and the immense advantages of linking QR Codes from the offline world with your online offers. 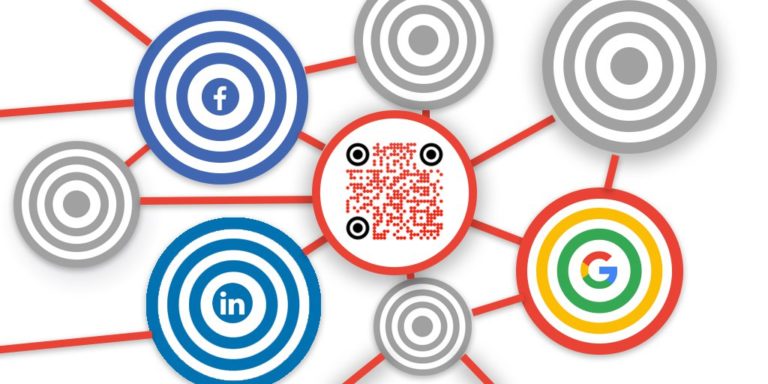 How to create a designer QR Code with my logo?

When you created your first QR Code, you can learn here to design the QR Code the way you like, save the design as template and re-use it for other QR Codes.